Staff Selection Commissions has released the provisional answer keys for the Combined Higher Secondary (10+2) Level Examination (Tier-I), 2018, on its website – SSC.nic.in. The answer key was made available on the SSC website from July 23rd, and the last date to raise objections is July 27th till 5 pm. All the candidates who appeared for the CHSL Tier I exam are urged to thoroughly check the answer keys and raise objections, if any, before the last date. 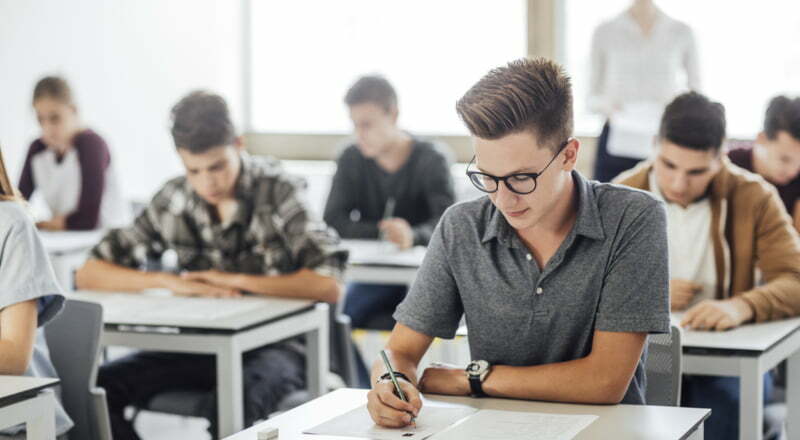 Earlier, the commissions had confirmed the result declaration date for CHSL 2018 exam. The CHSL 2018 Tier I exam was conducted recently by the commission at various centers across the country from July 1st to July 11. The reviews were held over nine days. The result, on the other hand, is tentatively scheduled to be declared in September on 11th.

The candidates’ Response Sheets and the tentative Answer Keys are now available on the link given below. The candidates may log in as per the procedure mentioned in the link provided below. Requests, challenges to the CHSL Tier I exam answer keys will be accepted on payment of Rs. 100 per question/answer challenged. Representations received after 05 pm on July 27 will not be entertained under any circumstances. As per the official numbers released by the commission, 29.68 lakh candidates had applied for SSC CHSL 2018 exam, out of which 13.17 lakh candidates appeared Tier I exam. This was 44.37 percent of the total applicants.

SSC CHSL test was conducted to fill up 5789 vacancies out of which 1,855 are for Lower Divisional Clerk (LDC)/Junior Secretariat Assistant (JSA), Postal Assistant (PA); 3,880 are for Postal Assistant(PA)/Sorting Assistant (SA)and 54 for Data Entry Operators (DEO). Railway Recruitment Board (RRB) Group D’s recruitment application status has been released online. Candidates who have applied for various posts in Level 1 of the 7th CPC Pay Matrix in multiple units of Indian Railways can now check their status online. The last date to review the application status for RRB Group D is July 31.